Studies and reports have shown that there might be an association between the development of Myocarditis and the receipt of mRNA vaccines used against COVID-19. However, the severity and frequency of Myocarditis post vaccination has not been studied extensively to draw a conclusion.

Myocarditis and pericarditis, are an inflammation of the muscles in the heart, or the area around the heart. It can be caused by a number of things, however, it is often undetected due to the nature of where it is and the symptoms. Arrhythmia and other heart related symptoms may develop, but often are not correctly attributed, leading to potential long term damage. A biopsy is needed to come up with an accurate plan, so because of this, many cases go undiagnosed. 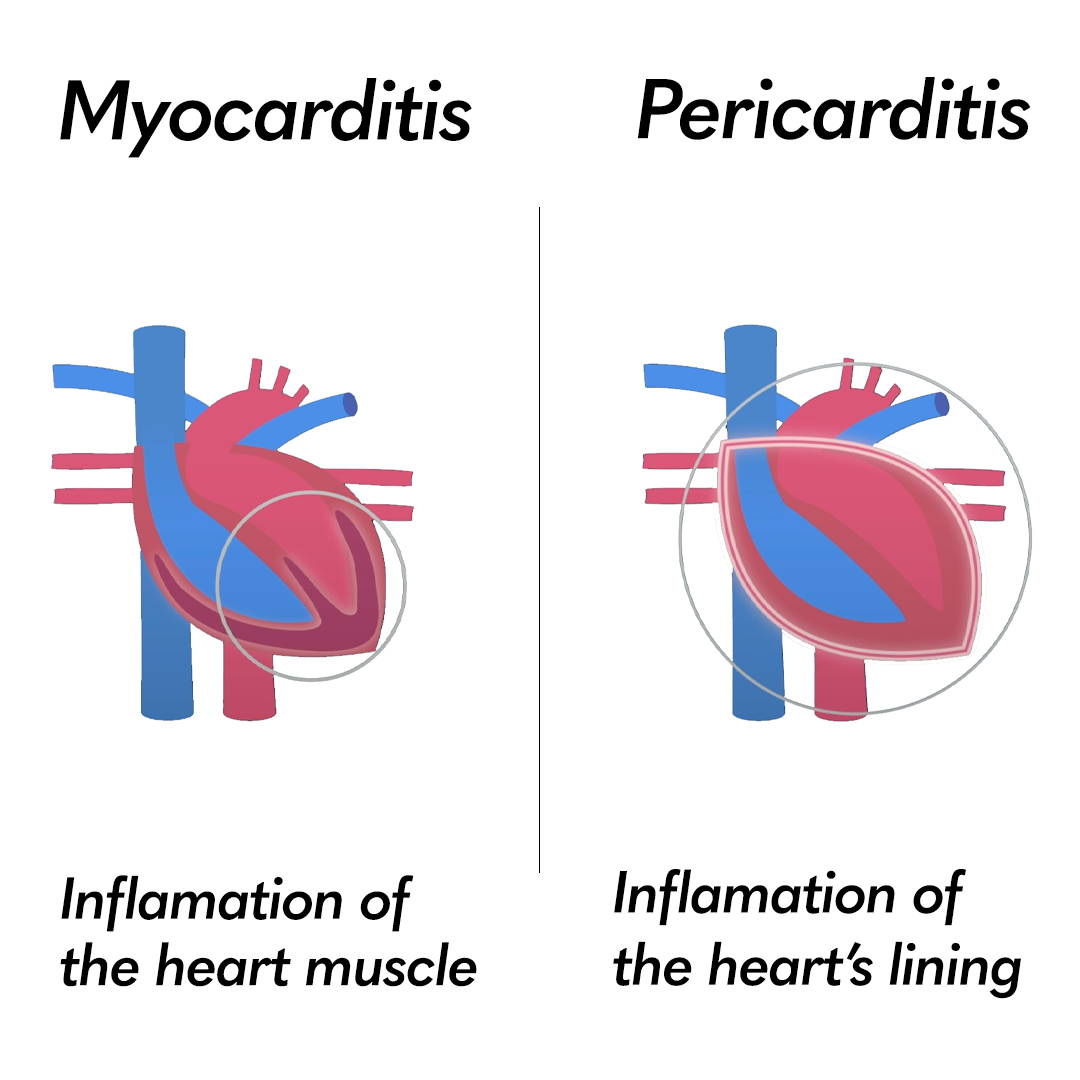 However, they have found signs of myocarditis in many surprise passings of people under 30. And due to the nature of testosterone, males have a harder time with it, similar to what we are seeing in the vaccine statistics.

The American Medical Association (JAMA) conducted a study including forty hospitals in Washington, Oregon, Montana, and Los Angeles County, California. All of the patients with confirmed COVID-19 vaccines from May 25th, 2021 were documented. Any patient that had an emergency or odd encounter with diagnoses of myocarditis, myopericarditis or pericarditis were ascertained from the electronic medical records. You can check out further reading on the research by visiting the link here.
Out of 100 000 individuals who got the vaccine during this study, 20 individuals had vaccine related myocarditis and 37 people had pericarditis. Myocarditis occurred roughly 3.5 days after the vaccination. Fifteen individuals were male, and the average age was 36. 4 people developed symptoms after the first vaccination while 16 people developed myocarditis after the second vaccination. Nineteen people were admitted to the hospital post vaccination with myocarditis but were all discharged 2 days after. No readmission or deaths occurred. 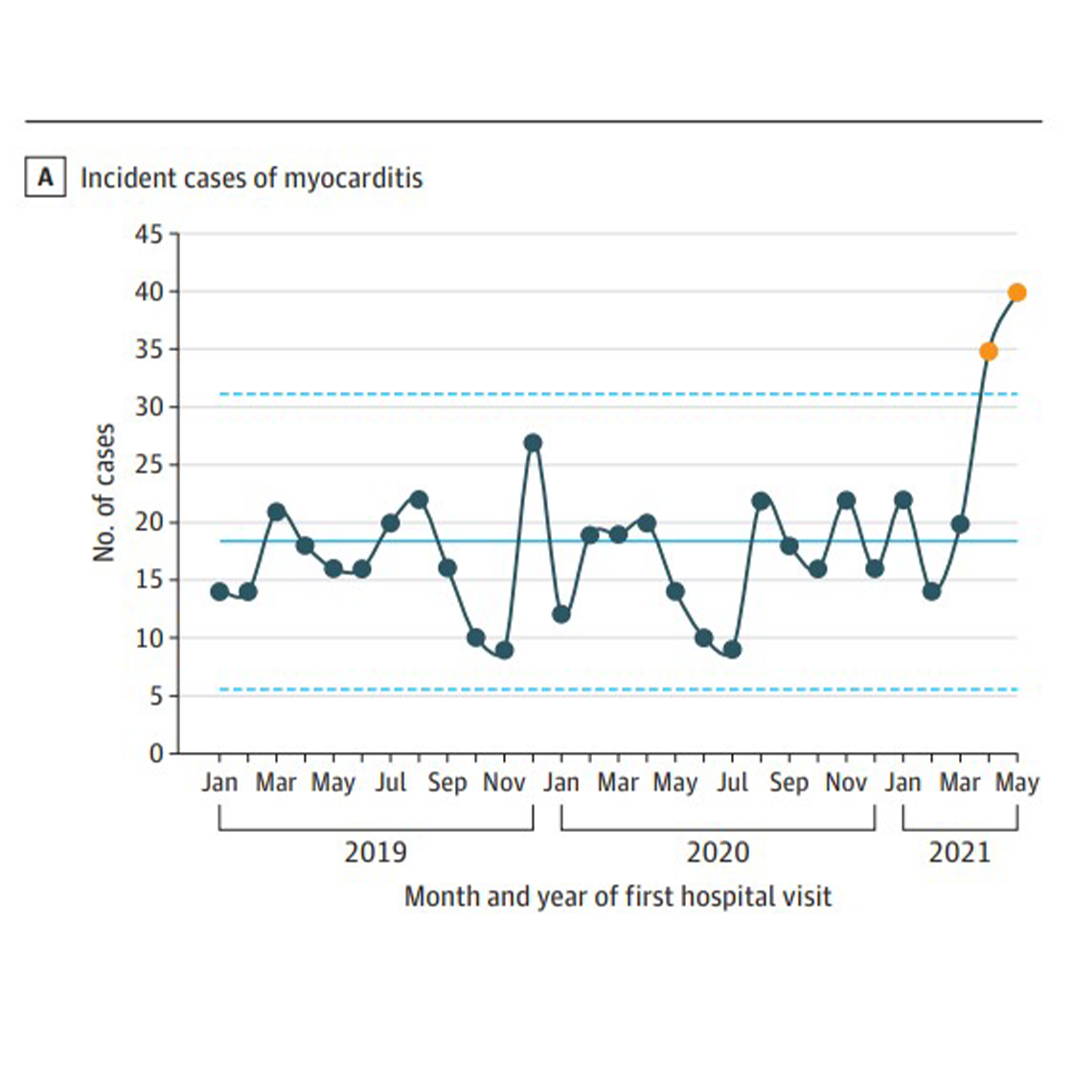 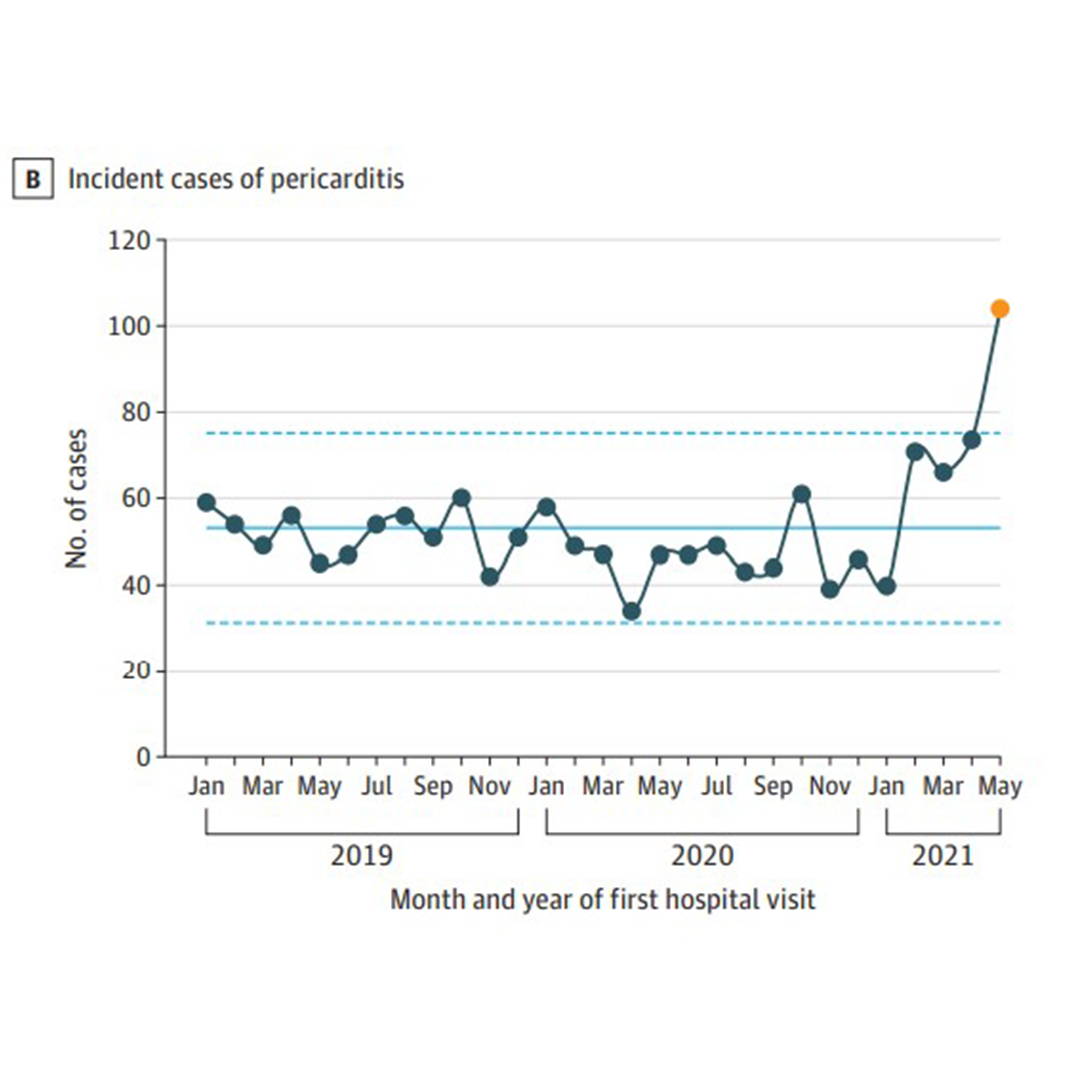 Two distinct syndromes, myocarditis and pericarditis, were observed after COVID-19 vaccinations. Myocarditis appeared to develop quicker in younger males, mostly after the second dose of the vaccine. Pericarditis, on the other hand, developed in older patients later on, after either the first or second vaccine. The Centers for Disease Control and Prevention recently stated that there is a possible link between mRNA vaccines and myocarditis, primarily in younger males, at a rate of 4.8 cases per 1 million. The study above shows a similar pattern, although at a higher rate, which supports the theory of adverse event under reporting.
Although the numbers of people affected with mycarditis post vaccination are low, we need to take into account that there could have been missed cases if the diagnosis had been made in an out-of-network hospital and the reporting to the insurer had been delayed or if the diagnosis had not been entered into the outpatient medical record. In conclusion, the signal of increased myocarditis in young men definitely warrants further investigation.
Back to blog